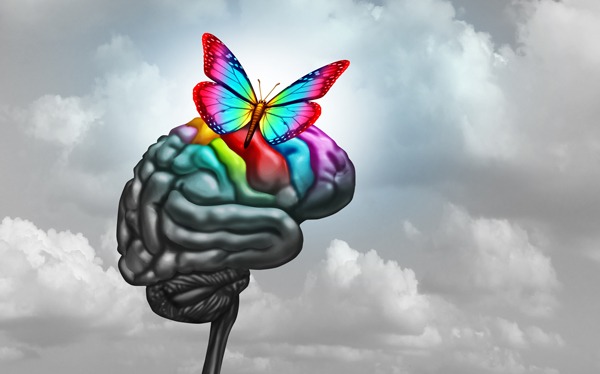 As more people share their diagnosis, a beautiful portrait appears across the autism spectrum.  From the inventors of Tesla and Pokemon to athletes, rock stars, and a Nobel Laureate, many are speaking out and sharing how ASD has contributed to their accomplishments.  This is especially inspiring to our vision with ABA therapy, which is to support our children with autism in achieving their fullest potential.

In May, Elon Musk shared that he was on the spectrum while hosting SNL.  In his opening monologue, he said, “I don’t always have a lot of intonation or variation in how I speak … which I’m told makes for great comedy. I’m actually making history tonight as the first person with Asperger’s to host SNL … So, I won’t make a lot of eye contact with the cast tonight. But don’t worry, I’m pretty good at running ‘human’ in emulation mode.”

He went on to say, “Look, I know I sometimes say or post strange things, but that’s just how my brain works. To anyone who’s been offended, I just want to say, I reinvented electric cars, and I’m sending people to Mars in a rocket ship. Did you think I was also going to be a chill, normal dude?”

Musk’s revelation has great potential to change perceptions towards those with ASD and their professional capabilities, according to the editors of the editors of Chapman University’s Journal of Business and Management in their special issue called “Autism in the Workplace.”  Business psychologist Melanie Katzman also shared withCNN Business that “We all reveal a spectrum of behaviors and neurological learning styles. Recognizing and embracing this neurodiversity helps build strong, inventive, and supportive teams.Rather than viewing autism, dyslexia, ADHD, OCD and others as pathologies, the focus needs to be on how to view these predispositions as super powers.”

Musk’s revelation was preceded by Billy Mayfair sharing his ASD diagnosis in April.  Mayfair is the only golfer to beat Tiger Woods in a playoff on the PGA Tour.  He has won five events, including the Tour Championship in 1995.  However, in November 2019, after he was disqualified from a Champions event due to cited behavioral and communication discrepancies, he began seeing physicians for testing.  Unsurprisingly to his wife, Mayfair was found to be on the autism spectrum.

Mayfair shared he was relieved at the diagnosis.  Autism helped explain why he always felt he did not fit in socially and why it was difficult for him to understand people’s jokes.  It also explained why he would throw a fit if there was a change in his routine.   His wife was able to understand why he never offered hugs when she felt she was obviously emotionally in need.

Sharing with Sports Illustrated, Mayfair believed that his reputation in professional golf has been one of obstinance and defiance.  He said, “My brain gets going so quick that what I’m thinking and what comes out of my mouth could be two different things, and that’s why people sometimes misunderstand where I’m coming from.”

Known as a slow player often at risk of being put on the clock, Mayfair needs more time to sort out information.  If there’s a change in his routine, his thought process is interrupted, causing even slower play.

Mayfair is sharing his diagnosis to be a shining example for others with autism.  “Not only am I a very good athlete, I’m also a good husband. I have a great wife. I’m happily married. I have a wonderful son. I have lived, and I am living, the dream life. And just because I have this disability doesn’t mean that I can’t have that.”

Nobel Laureate Vernon Smith won the Nobel Prize in 2002 for inventing experimental economics, which employs laboratory methodology to test economic theories.  He attributes his ASD trait of extreme concentration to winning the prize, sharing with NBC, “I can switch out and go into a concentrated mode and the world is completely shut out. If I’m writing something, nothing else exists.  Perhaps even more importantly, I don’t have any trouble thinking outside the box. I don’t feel any social pressure to do things the way other people are doing them, professionally. And so I have been more open to different ways of looking at a lot of the problems in economics.”

He believes that the recognition of “certain mental deficiencies” can offer selective advantages.  Dr. Smith is a graduate of Harvard and a professor of business economics and law at Chapman University.

Satoshi believes being on the autism spectrum is the linchpin for his success in creating Pokémon.  As a child, he was obsessed with video games and collecting bugs.  His obsession with video games was so intense that he ended up skipping classes and failing high school.  Channeling this interest, however, is how he created Pokémon.  Santoshi told the Art of Autism he created Pokémon “to give children the same joy as he had during his bug collecting.”

1980s movie star and Saturday Night Live alumni Dan Aykroyd was diagnosed with Asperger’s and Tourettes when he was 12.  (Aykroyd technically is the first with autism to host SNL, but Musk is the first to announce it on the show.)  His obsession with ghosts and policemen is what inspired him to write “Ghostbusters,,” which grossed $295 million.  Akryoyd shared with The Guardian, “My very mild Asperger’s has helped me creatively.”

Others who have publicly shared their diagnosis of autism include:

“In Silicon Valley, I’ve pointed out that many of the more successful entrepreneurs seem to be suffering from a mild form of Asperger’s,” tech investor Peter Thiel said in a 2015 interview with economist Tyler Cowen. “It happens to be a plus for innovation and creating great companies,” he added.

Autistic spokesperson Temple Grandin, who was diagnosed with autism at two years old, told Mercury News that “half of Silicon Valley’s got mild autism…Einstein would be labeled autistic today…Steve Jobs was probably on the spectrum…”

Indeed, the traits of a child with autism – including thinking differently and having the ability to focus intently – can be a superpower, just as psychologist Melanie Katzman posited.  In fact, that different way of thinking may just be what is needed to solve our world’s most pressing problems.  This is why at BASS, our ABA therapy is individualized specifically to support each child’s uniqueness and help them reach their fullest potential on earth – and maybe even Mars, like Elon.

Does My Child Have Autism?