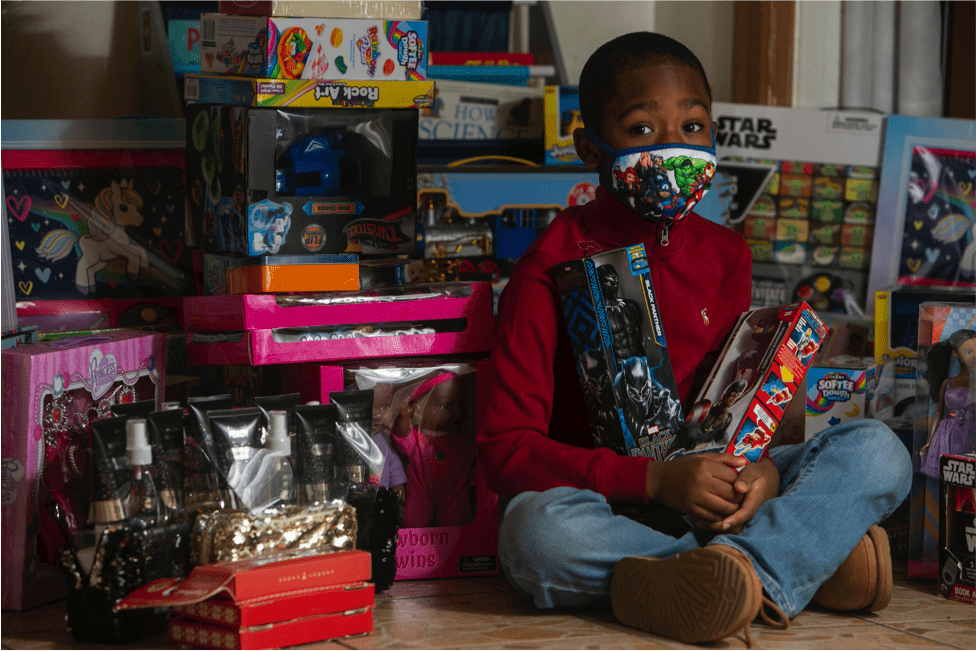 Shining like bright lights in the pandemic’s darkness are adults and children with autism, whose charity-filled hearts have been touching the hearts of those around them.  Here are three who have especially touched our hearts here at BASS.

Jack Berry is a 14-year old English teenager who loves aviation.  A child with ASD and selectively mute, he began drawing airplanes last summer during the pandemic.  Initially inspired by his grandfather’s work on Concorde, Jack has now channeled his love of airplanes into a book to help military charities.  Adam Collins, the squadron leader of Red Arrows of the Royal Air Force, has praised his work as “inspirational.”

His mother Sara Berry shared with the BBC, “He’s always drawn and will do it either to calm himself down or as a way of saying ‘thank you’ to someone. The pandemic has been draining for me as a parent and for Jack, but this has given us a chance to bond.”

The eBook and print versions of Jack’s book are available on Amazon UK.

Santa in a Seven Year Old

During Christmas, Rasul Bey, a seven year old child with autism in Philadelphia, saw that his school was having a toy drive.  Although he had been diligently saving his money to buy a Nintendo Switch, the second grader decided to use his savings, along with funds from family and friends, to purchase gifts for the toy drive.

His mom, a school bus monitor, has been unemployed since the start of the pandemic and knew she would be unable to afford the expensive gaming system. She had to gently remind Rasul that it would not be likely Santa would be able to bring him a Nintendo Switch this year.  He still made the decision to purchase 300 toys to donate to his schoolmates at the Philadelphia Charter School of Arts and Sciences in Northwood.

Yet like begets like, and when families heard about Rasul Bey through the Philadelphia Inquirer, many offered to buy the Nintendo system for the sweet child.  The Lerman family personally delivered one to him just in time for Christmas.

Donations for the family can be sent care of his Principal Judith Taggart at 1197 Haworth St., Philadelphia, PA 19124.

Paige Howell in Delaware lives by her motto: “If we all do one act of kindness daily, we just might set the world in the right direction.”  For the last four years, Paige’s Kindness Project has been gracing her community with gifts, donations, and her time.

Her mother, Lillian Frey, said that her family discovered serving others lifted their own spirits, especially when Howell’s health challenges as a child with ASD were a heavy weight.  “We just keep moving forward,” Frey said. “If we’re having a really bad day around here, everybody just snaps into [a] mode of ‘OK, let’s make something good out of a bad situation,’” Lillian shared with Delaware Online.

Howell’s desire to help others has been a strong, daily driving force, whether it’s feeding the homeless, visiting the elderly, or encouraging police officers and construction workers.  This Valentine’s Day, she made bouquets of lollipops in flower pots to cheer up local business owners.  Her charity has been especially important in the pandemic in letting people know they are not alone.

Her goal is to eventually establish a non-profit, where she can work on larger projects of charity with a team of people who are also differently abled.

To support Paige’s Kindness Project, donate on her GoFundMe page.

Your child’s unique talents and passions can be an excellent roadmap for creative ways to serve the community.  Brainstorm ideas together on how your child might like to help the community.  Would he like to bake cookies to take to an elderly neighbor?  Or would she like to draw cards to cheer up frontline workers?  Or perhaps a beautification project for the neighborhood?  See where your child’s interests are, and the ideas will bloom.  In addition to improving the community, serving will also help enhance your child’s independence and the social skills they have been cultivating through ABA therapy.

If your child and family are interested in volunteering with an organization, Autism Empowerment partners with local and statewide groups to help find volunteer opportunities.  Working together on a service project is an empowering way for families to bond together while making the world a better place.

A Bright Future of Neurodiverse Employment for Children with ASD