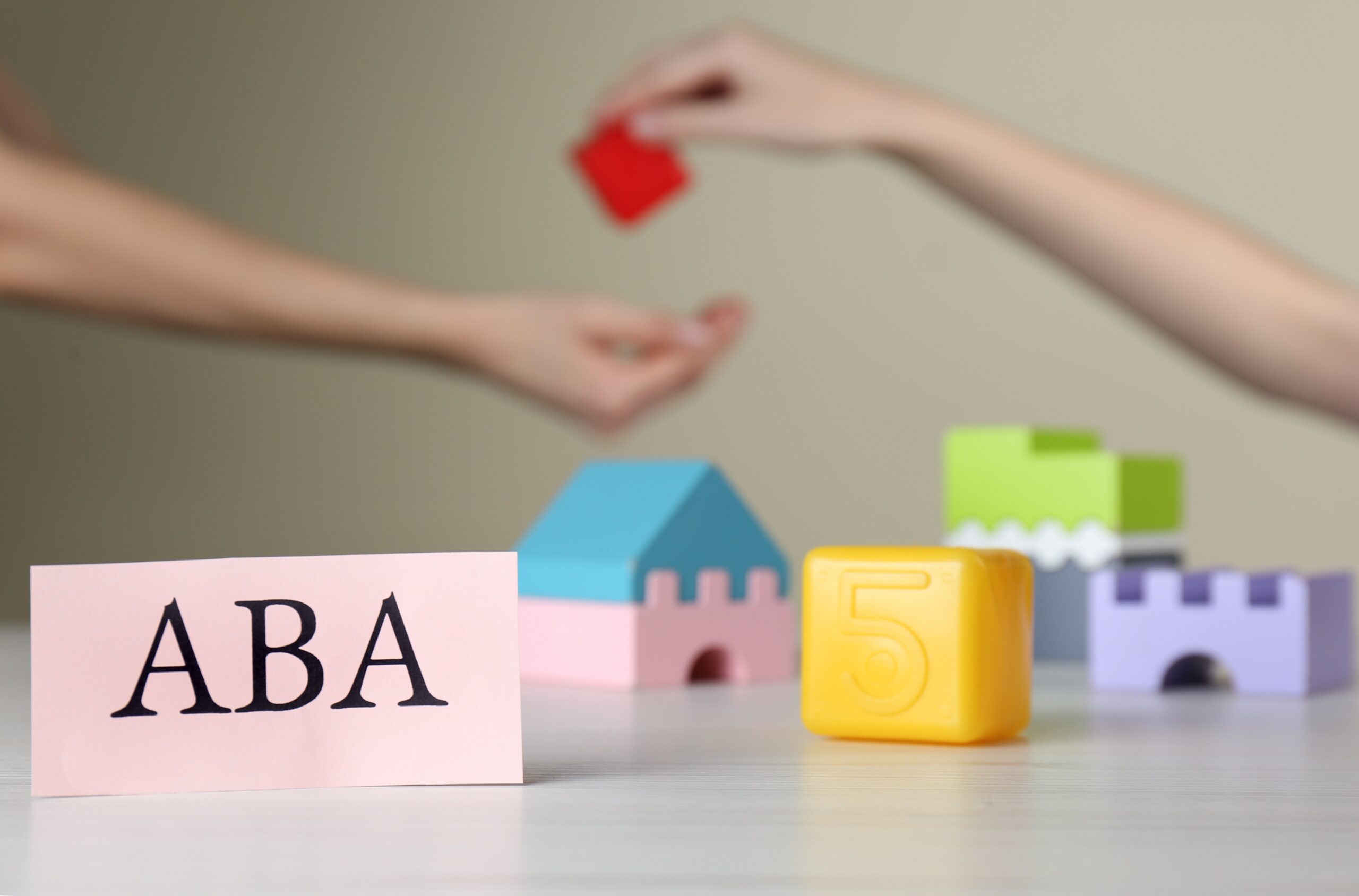 Applied Behavior Analysis (ABA) is commonly referred to as the “gold standard of care” for treating the core symptoms associated with autism. This is the result of many decades of research demonstrating its efficacy. Despite this, ABA has been the focus of controversy in recent years. Let’s explore the history of ABA, where the controversies are from, and where we have ended up today with modern ABA practices.

The history of ABA, not unlike many other fields, started with considerably rocky beginnings. ABA was developed stemming from the principles of behaviorism. John B Watson was the founding father of behaviorism in the early 1900s. Watson laid the foundation for principles of behavior. However, his application was highly controversial and per today’s standards, incredibly unethical. In one well-known experiment, he conditioned fear of rats in a baby known as Albert. He then generalized that fear to other furry animals. In this study, Watson demonstrated the principles of classical conditioning that were laid down by Ivan Pavlov. However, Watson took no consideration for the emotional well-being of the children he studied. 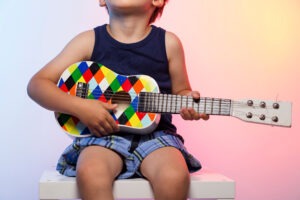 B.F. Skinner continued to progress the field in significant ways, serving as the father of radical behaviorism. Skinner revolutionized the field by exploring human motivations as related to behaviors. Skinner demonstrated that conditioning behaviors could occur through consequences of reinforcement and punishment. This became known as operant conditioning, which laid the groundwork for ABA.

While there were many other influential figures along the way, Ole’ Ivar Lovaas was the person who set the foundation for ABA as a treatment for children with autism. In 1968, Lovaas implemented the UCLA Young Autism Project, where he studied intensive ABA therapy on children with autism. The children in this program received 40 hours per week of 1:1 ABA therapy for 2-3 years. The results Lovaas published boasted significant gains in the participant’s intellectual, social, emotional, and educational skills. Nine of the children studied demonstrated no symptoms of autism by the end of the treatment, which counters today’s understanding of autism as a lifelong diagnosis. In hindsight, we now know that some children may mask symptoms of autism to adapt to societal norms. Masking was likely the cause of the nine children no longer qualifying for an autism diagnosis.

For decades following Lovaas’ work, ABA continued developing as a treatment primarily focused on children with autism. Through the years, many changes have occurred in the way ABA is applied. Still today, however, it remains controversial among some groups due to misunderstanding, as well as poor implementation of ABA by some providers.

As ABA became a treatment funded by insurance and Medicaid, it became increasingly well known as one of, if not the most effective therapy for improving social and communication deficits, as well as reducing challenging behaviors. With this increased popularity came an increased awareness of both the benefits, as well as the potential concerns and controversies regarding ABA.

Advocates against ABA express concerns with Lovaas’ intentions of making autistic children indistinguishable from their peers. There is an implication with this that children with autism are somehow broken and in need of fixing to be “normal”. Understandably, this does not sit well with many autistic adults who are living happy, healthy lives and do not require “fixing”. While aspects of Lovaas’ work are still applied in “modern ABA”, there has been a significant push away from many of his methods and thought processes. Rather than focusing on fixing autistic children, the focus is on teaching the skills they need to be the best version of themselves. 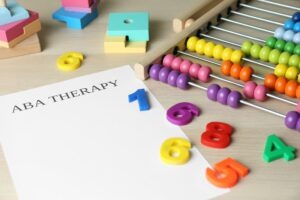 Another controversy is related to the intensity of treatment recommended, which also stems from Lovaas and his studies on 40 hours of intensive 1:1 treatment. While 30-40 hours of ABA is still commonly prescribed to children today, the recommendation of intensity is made based on the individual’s needs, and not as a blanket number of hours.

Discrete Trial Training (DTT) is a common component of ABA therapy, that is often misconstrued and considered controversial. Advocates against ABA feel that this model of teaching is too formal and structured, resulting in rote responses. This may be the result of a misunderstanding of DTT. However, it is also a valid concern when ABA is applied in a highly structured setting with rote responding being reinforced without any generalization.

Radical behaviorism acknowledges emotions, thoughts, and feelings as behaviors. However, we cannot observe and measure those objectively. As such, ABA focuses exclusively on modifying only observable behaviors. This has caused some to believe that the application of ABA lacks empathy and does not acknowledge the feelings of those we are treating. The progress within modern ABA has shifted a focus toward acknowledging and respecting human emotions and understanding how they may act as setting events for behavior.

Finally, early ABA practices tended to emphasize compliance, with children being expected to blindly follow all commands of the therapist. This type of practice does not benefit the child, but rather the adults around the child.

Most ABA practitioners acknowledge that the field had a highly controversial and unethical start. It is easy to say that Lovaas, Watson, and others, while influential in many aspects, acted unethically and harmfully in the application of behavioral principles toward undeserving children. While the scientific principles of behavior remain true, the field has thankfully made many changes to the applications of these principles.

In 1998, the Behavior Analyst Certification Board (BACB) was established as the governing board of behavior analysts. The BACB established ethical guidelines, as well as expectations that all behavior analysts were to demonstrate competency in before receiving certification. As the ethical code developed and improved, the BACB set guidelines for aspects such as punishment procedures. Per the ethical code, all reinforcement-based strategies must be exhausted before implementing any punishment-based strategies. As such, modern ABA primarily consists of the use of reinforcement. Punishment strategies such as response cost or overcorrection are few and far between, and only utilized in significant cases when reinforcement alone is not sufficient. 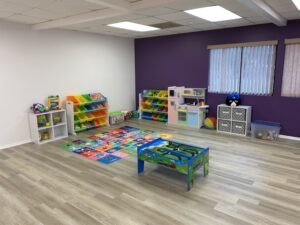 One of the most significant changes in the field is that of acknowledging and respecting assent. Modern ABA practices consider assent when treating children who cannot provide consent. Assent is the verbal or nonverbal behavior that indicates the child is agreeing to participate. While this relies on subjectivity, it can be a highly useful way of ensuring we are practicing ethically and in the best interest of our learners.

Along with assent, modern ABA builds on the learner’s motivation. We aim to be the “bringer of all good things” by making therapy fun and enjoyable. Therapy should not feel like a chore or something a child dreads. Furthermore, ABA is intended to improve the child’s quality of life. While the input of stakeholders such as parents and caregivers needs to be taken into consideration, ABA is not used to simply make others’ lives easier. The primary focus of all behavior change systems should be on benefiting the child.

Another key aspect of modern ABA involves the teaching of self-advocacy and functional communication training. One criticism of ABA in the past was that it is narrowly focused on eliminating behaviors, rather than developing skills. However, that is not the case today. Teaching our learners to advocate for themselves is a crucial life skill that should be a focus of all ABA programs. Within ABA, children learn to socialize in ways that benefit themselves, communicate their wants and needs, and develop adaptive living skills such as hand washing, using the toilet, and getting dressed.

In the past, goals such as reducing stimming and forcing eye contact were often a primary focus of ABA programs. In most ABA programs today, however, stimming is only targeted for reduction if it is significant to the learner in some way (i.e. they want to reduce the behavior), or if it occurs in such a way that it interferes with learning. Similarly, practices such as forced eye contact are known to be reported as harmful by adult autistics and as such are avoided.

While the field of behavior 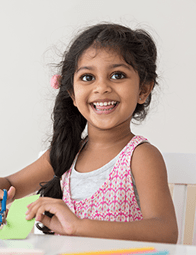 analysis had a rocky and controversial start, the current applications of the science are helping to truly benefit the lives of children with autism and other developmental challenges. Many ethical studies have occurred since the years of Lovaas which have moved the field leaps and bounds.

While many may remain leery of ABA based on the history of its upbringing, ABA is a well-established science that changes many lives by teaching crucial life skills including communication, self-advocacy, and social interaction. Not all ABA providers and programs are created equally. As such, parents should feel free to advocate for their child’s best interests by asking questions of any potential ABA provider to ensure they are practicing ethical and assent-based treatment.

Celebrating Halloween for Families of Children with Autism